Just 2 weeks on the couch starts to damage your body! 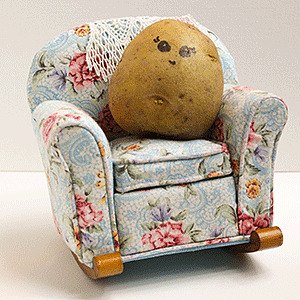 A new study proves that the old adage 'use it or lose it' is definitely true when it comes to fitness.
After just two weeks of sedentary behaviour, formerly fit people had:

The study showed that two weeks of reduced physical activity - from approximately 10,000 steps per day down to 1,500 per day—caused changes in health markers that are associated with type 2 diabetes and cardiovascular disease, said study author Kelly Bowden Davies. She's a lecturer at Newcastle University and the University of Liverpool.

But the good news from the study is that the body seems to quickly bounce back once you start moving again. 'It's important to note that when people resumed their normal activity levels after this period, the negative health changes were reversed,' she said.

The researchers recruited 28 healthy, regularly active adults. Eighteen were women. The average age of the study volunteers was 32. Their average body mass index (BMI)—a rough measure of body fat based on height and weight measurements—was just over 24. A BMI under 24.9 is considered normal weight.

The study volunteers had been quite active, normally clocking about 10,000 steps daily. Bowden Davies said most of this was just from daily activity, rather than structured exercise. She said they usually participate in no more than two hours of structured exercise weekly.

The researchers asked the volunteers to cut their activity drastically. They dropped an average of just over 100 minutes a day, the researchers said.

After two weeks of couch potato life, the study volunteers underwent a battery of testing. These results were compared to findings measured when the study started. Bowden Davies said cardiorespiratory fitness levels dropped by 4% in just two weeks.

Waist circumference rose by nearly one-third of an inch. Liver fat increased by 0.2%. Total body fat went up by 0.5%. Insulin resistance increased and triglyceride (a type of blood fat) levels went up slightly.

Fourteen days after resuming activity, these measurements all bounced back, the investigators found.

'Even subtle increases in activity can have a positive effect on health. Moving more and breaking up sedentary activity is encouraged,' Bowden Davies added.

Mark Jones from Well Adjusted Health states that the findings validate advice he gives his patients: 'Always be conscious of how much you are moving. This study showed you can lose the benefits of exercise very quickly, but the good news is that when they became active again, all the benefits came right back.'

The study confirms how important it is to stay active.

'Going from being sedentary to more active can help a great deal in preventing the onset of type 2 diabetes. Just try to be more active. You'll feel better, and if you're trying to lose weight, it can help a little. You don't have to run a marathon. Walking is fine. Just get up and get moving,' he advised.

Experts pointed out that the study was small, and in a larger group, the findings might be different. The study was also only done for a short period of time. They all suspect that if people who are at a lower fitness level stop almost all of their activity that the results might even be worse.

The study was presented at the European Association for the Study of Diabetes meeting, in Barcelona. Findings presented at meetings are typically viewed as preliminary until they're published in a peer-reviewed journal.

If you have a specific question regarding any pain or problem areas, or would like to book a Free 15 minute consultation for your or your child please call Well Adjusted Health on 01903 892171
Share this article...

We’re Classed as ‘Essential Workers’ and are to Remain Open in Tier 4January 1st, 2021
Topics
FamilyBooks & MoviesCommunityGardenFoodScreen timeDown timeOut and aboutParenting
Have You Seen...

Get vaccinated to protect yourself and your community.November 10th, 2020