It’s Written in the Stars...or is it? 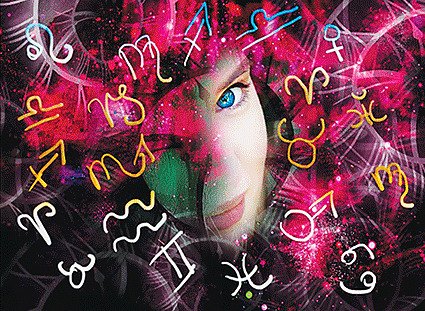 What should we make of astrology?
As the new year begins, those who enjoy astrology will check the heavens to see what the future might have in store.

Astrologers look for answers, signs and predictions in the movements of the celestial bodies. There is a long history of humans using the stars to plan their lives.

Farmers used the skies as a calendar as long ago as Ancient Egyptians, when the rising of Sirius, the Dog Star, around mid-July, was seen as a marker of the imminent annual flooding of the Nile; and Sailors have long used the night skies to aid navigation.

We don’t know who first came up with the idea of looking at divining the influences of nature on humans, but some form of astrology shows up in the various belief systems of ancient cultures.

In Ancient China, noblemen looked at eclipses or sunspots as portents of good or bad times for their emperor. The Sumerians and Babylonians watched planets and stars as a way to keep track of where gods were in the sky. The ancient Egyptians contributed the idea that patterns of stars made up constellations, through which the sun appears to “move” at a specific time during the year.

It’s thought that all of these ideas came together when Alexander the Great conquered Egypt in around 330 BC. The Greek logisticians and mathematicians worked out rules for how divination by the stars could work.

The astronomer Ptolemy helped popularize the 12 signs in his book The Tetrabiblos. They are: Aries, Taurus, Gemini, Cancer, Leo, Virgo, Libra, Scorpio, Sagittarius, Capricorn, Aquarius and Pisces. Ptolemy also developed the idea that signs along the zodiac that were 30° wide, and that the sun moved through them regularly during the year.

For centuries, astrology was considered basically the same thing as astronomy - the scientific study of celestial bodies. This only changed around the beginning of the Enlightenment in the late 17th century with Sir Isaac Newton’s work on the motion of the planets and gravity. He started a whole new mathematical and scientific approach to looking at the sky and the motion of planets and the earth.

But the appeal of looking to the stars for answers has never waned. Astrology remains popular today, probably due to the fact that humans tend towards romanticism and also towards a psychological phenomenon known as confirmation bias where we search for interpretations that match what we already hope to be true. We latch on to events that corroborate our beliefs and ignore those that don’t fit the pattern.

But if nothing else, astrology is fun, and scientist that I am…I still read the horoscopes!
By Louise Addison.